This week John Borthwick put out a call for Tools for Thinking:

People want better tools for thinking — ones that take the mass of notes that you have and organize them, that help extend your second brain into a knowledge or interest graph and that enable open sharing and ownership of the “knowledge blobs” you create. Entrepreneurs are cracking open the category and building these new tools. From assistive NLP agent-like tools; to mind-mapping systems that let you connect, scaffold and relate ideas and zoom in and out layers of abstractions; to voice or brain-machine interfaces that let you capture and annotate ideas quickly; to networked commonplace books, happenstance generators and technology that helps you dream.

One of the oldest ideas for a hypertext machine is the Memex, from Vannevar Bush's 1945 Atlantic article “As We May Think” where he almost describes Social Media and the problem of feed overload:

Such machines will have enormous appetites. One of them will take instructions and data from a whole roomful of girls armed with simple key board punches, and will deliver sheets of computed results every few minutes. There will always be plenty of things to compute in the detailed affairs of millions of people doing complicated things.

But what he was really wanting was a kind of Zettelkästen:

Consider a future device for individual use, which is a sort of mechanized private file and library. It needs a name, and, to coin one at random, "memex" will do. A memex is a device in which an individual stores all his books, records, and communications, and which is mechanized so that it may be consulted with exceeding speed and flexibility. It is an enlarged intimate supplement to his memory.

As he has several projection positions, he can leave one item in position while he calls up another. He can add marginal notes and comments,

And once he had this, he wanted to make links, which he called trails (think tagging multiple items):

…a provision whereby any item may be caused at will to select immediately and automatically another. This is the essential feature of the memex. The process of tying two items together is the important thing.

When the user is building a trail, he names it, inserts the name in his code book, and taps it out on his keyboard. Before him are the two items to be joined, projected onto adjacent viewing positions. At the bottom of each there are a number of blank code spaces, and a pointer is set to indicate one of these on each item. The user taps a single key, and the items are permanently joined. In each code space appears the code word.

This made me think about making a new view of a post, where the inbound and outbound links are shown in the margins of the page, and the flow is more dynamic.

The inbound links can be found with Webmention, which is already here, but scanning the outbound links and making previews for them is a separate task. It seems related though - if a webmention tool can provide a prevew for inbound lnks, why not for outbound ones too?

So, I'm going to try to revive my mention-tech toolkit to do this, but the Yak shaving involved there is to port it from Appengine Python 2.7 to new AppEngine, and there are lots of fiddly steps involved.

This page is a mock-up — the left column is using my existing webmention handler, and the right column is hand made for now.

Tools for Thinking: a Conference and a Camp

For many people their primary tool for thinking is a writing tool since writing itself is a tool for thought. Writing documents, note taking and memorization tools made up much of the first generation of tools for thinking 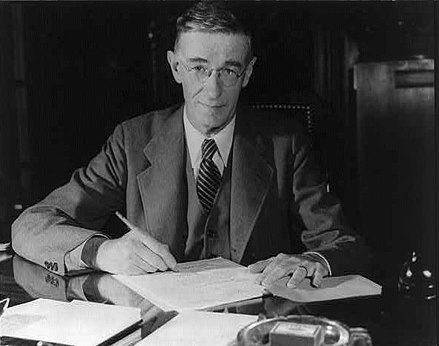 As We May Think

For years inventions have extended man's physical powers rather than the powers of his mind. Trip hammers that multiply the fists, microscopes that sharpen the eye, and engines of destruction and detection are new results, but not the end results, of modern science. Now, says Dr. Bush, instruments are at hand which, if properly developed, will give man access to and command over the inherited knowledge of the ages. The perfection of these pacific instruments should be the first objective of our scientists as they emerge from their war work.

A zettelkasten is note taking system featuring atomic notes which are densely interlinked and are used primarily for writing and acting as an external memory.

Webmention is a web standard for conversations and interactions across the web, a powerful building block used for a growing distributed network of peer-to-peer comments, likes, reposts, and other responses across the web.

Easily accept and embed WebMentions on all type of sites