For complicated historic reasons, books are often published in different UK vs US editions. The workaround was buying books in another country and shipping them to yourself, which Amazon made relatively easy (that's how we got the UK editions of the Harry Potter Audiobooks, which Stephen Fry narrates far better the Jim Dale's US version).

However, when they made the Kindle, Amazon decided to enforce this arbitrary geographical distinction in code. You have t pick your territory when you set up a Kindle, or the Kindle app, and if you change it, it deletes your books and your annotations.

As Andrew is studying English Literature at King's College London, we had to work out how to solve this. One answer is to buy 2 Kindles and keep them separate. Here's the other answer.

Get an Android tablet that runs Android 4.2 or above

I'm a huge fan of the Nexus 7, and they are $150 on Amazon at the moment, but there are lots of choices available. Also, you can do this on your Android phone if it's running Android 5.0 (Lollipop) or above.

You likely already have one google account; go to whichever country's you don't have and make a new one. You can use your existing email as the backup email. I'm going to assume you have a US account and are making a UK one. Take a profile photo wearing a bowler hat or Ascot bonnet.

Add an alter ego on your tablet

Then, create a new user on the tablet and log in with the alternative account. You can set the locale to UK too if you want, it makes it clearer which mode you are in. You can also get the UK English voices for Google Now to feel at home, go mad, change the background to a Union Jack or a picture of Queen Victoria.

Go to http://www.amazon.co.uk/ and sign up with the UK gmail account you just made. You can still give it a US address and credit card for delivering physical books and so on —they encourage that kind of geographic arbitrage. You can do this in an incognito window on your desktop, or via the browser in your new British persona.

Install the Kindle App for your UK user

The way android works is that each user gets their own list of apps; I think they dont' install 2 copies, just link behind the scenes. Sign in with you new UK Amazon account, and you will now have access to the UK bookstore.

Buy the UK books you want 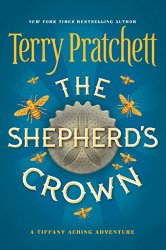 Now you can buy the UK edition of The Shepherd's Crown, and read and annotate safely. You'll just have to remember which account you're logging into in future.